Traffic congestion along the nine-mile stretch of US 183 between SH 45 North and MoPac is a major issue, especially during peak rush hour periods.

The corridor provides access to downtown Austin, as well as businesses, major employment centers, religious institutions, schools, parks and trails, recreational centers, and residential areas, all of which could benefit from improved mobility, a reduction in congestion and reliable travel times for transit and emergency responders. Traffic congestion creates delays for emergency response vehicles carrying patients to and from Seton Northwest Hospital, Concentra Urgent Care and numerous other health care facilities located along the corridor. As population and economic growth continue along and north of this corridor, it is anticipated that congestion will worsen and travel times will increase. 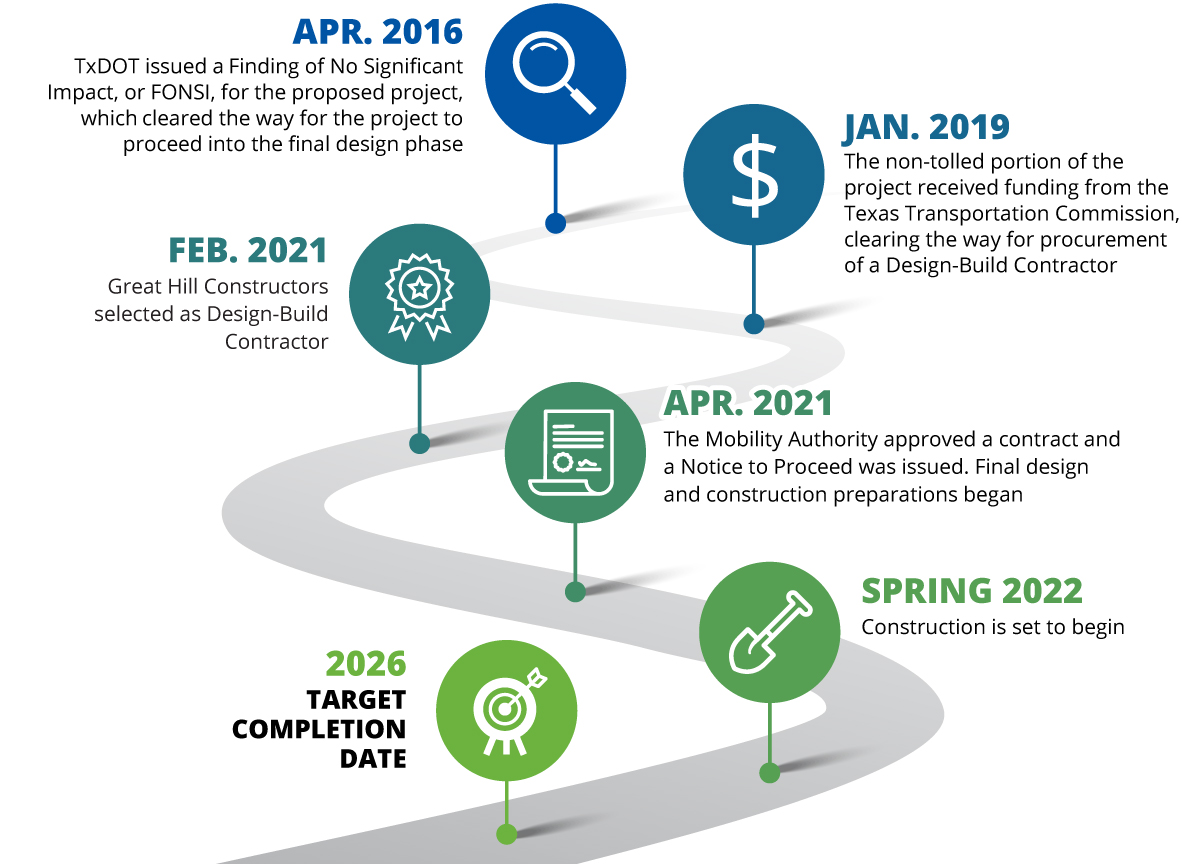 In August 2013, the Central Texas Regional Mobility Authority and the Texas Department of Transportation (TxDOT) launched the 183 North Mobility Project. An environmental study thoroughly analyzed a nine-mile section of US 183 between SH 45 north and MoPac to determine the best options for managing congestion, as well as improving transit reliability and emergency response times.

The Central Texas Regional Mobility Authority developed the 183 North Mobility Project cooperatively with the Texas Department of Transportation and local partners, with oversight by other regulatory agencies.

Over the course of the study, a full range of alternatives were developed that took into account the needs of drivers, transit riders, bicyclists and pedestrians as well as surrounding businesses, neighborhoods and the environment. To arrive at the preferred solution, the study team analyzed the engineering feasibility, social, economic and environmental impacts of several alternatives. Public outreach was conducted throughout the study; input received was strongly considered. An alternative was recommended in November 2015.

TxDOT issued a Finding of No Significant Impact, or FONSI, for the proposed project in April 2016, which cleared the way for the project to proceed into the final design phase. The non-tolled portion of the project received funding from the Texas Transportation Commission in January 2019, clearing the way for procurement of a Design-Build Contractor. Great Hills Constructors was selected as the Apparent Best Value Proposer in February 2021. The Mobility Authority then moved into final contract negotiations with a contract Notice to Proceed issued in April 2021. Construction is set to begin early 2022 with completion targeted in 2026.

Get Construction Alerts and the Latest News